Found this sculpture in the Old Town last night, as part of Bucharest’s tenth edition of the White Night of the Art Galleries, which included a ten-year retrospective at ARCUB. Titled simply Madonna, it’s a work from 2014 by Michele Bressan (b. 1980, Trieste, Italy), who has been residing in Bucharest since 1993.

I’m showing it because this Virgin Mary covered in wax drips made me think of her as carrying our prayers as a light burden . . .

Here are some more shots of her from today. 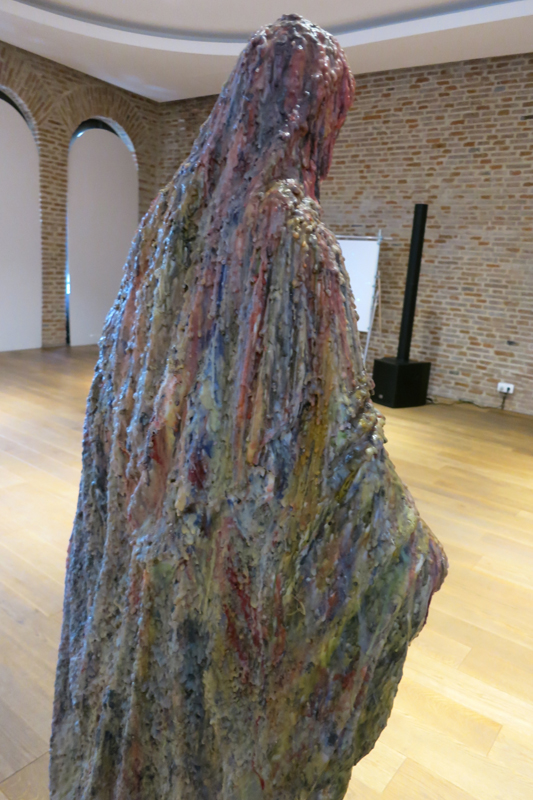